An alliance of community and environmental groups has called on the Scottish government to extend its moratorium on fracking to cover underground coal gasification (UCG).

Supporters of underground coal gasification argue that it is a means to providing cleaner energy, diversity of supply and greater energy security for the UK.

There are already plans to exploit coal reserves beneath the Firth of Forth and the Solway. Energy Company Cluff Natural Resources believes that there is up to 335 million t of coal under the seabed of the Forth alone.

Cluff argues that there have been more than 100 UCG projects worldwide since the technology was first developed and that, when done properly, there are no inherent risks associated with the project.

Andrew Nunn, Chief Operating Office of the group, said: “Typically, ill-informed opponents of UCG choose to focus on a small number of negative outcomes during the developmental phases of the technology rather than the opportunities that a well-designed and operated UCG project could bring to the people of Scotland in the form of more competitive local industry, new employment opportunities, local tax revenue and energy security”.

Despite these potential benefits, opposition groups have written to Energy Minister Fergus Ewing calling for him to put a stop to UCG projects.

The letter has been signed by organisations including Friends of the Earth, the Unison union and the Women’s Environmental Network, as well as a number of community anti-fracking groups and academics.

"Not only have recent trials around the world gone badly wrong, but the likely climate impact of this inefficient technology is simply unacceptable.

"It makes no sense for a country with ambitious climate targets and the means to achieve them with renewables to flirt with such a risky form of energy production.”

A Scottish Government spokesman responded: "The Scottish Government continues to take a careful, considered and evidence-based approach to unconventional oil and gas and fracking - an approach now underpinned by the recent moratorium announcement, which outlined our plans for a full public consultation and further research.

"The moratorium is specifically about onshore unconventional oil and gas developments, including fracking - further to confirmation by the UK Government that it would devolve onshore licensing powers for these types of development.

"Many of the relevant powers relating to underground coal gasification remain with Westminster and the licensing regime is not being devolved, though we will work with Sepa and all relevant regulators to ensure we have the appropriate controls and regulations to protect the environment.

"The Scottish Government will continue to take an evidence-based approach to the development of new energy technologies, which should give security and confidence to the people of Scotland that such resources would be developed in an environmentally safe and satisfactory way."

Read the article online at: https://www.worldcoal.com/cbm/23022015/fracking-moratorium-extension-1947/

Linc Energy sells its conventional coal business to United Mining Group and retains rights to a potential US$590 million in future revenue. 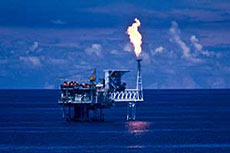