Research and consulting firm GlobalData has commented that fiscal incentives for CBM development are crucial for countries such as China, India, Indonesia and Russia. The company argue that such countries have been slow to progress in this industry unlike the US and Australia where CBM development has been undertaken for many years.

According to the latest GlobalData findings China, Indonesia and Russia have attempted to increase CBM production over the last decade, in accordance with demand for natural gas. Nevertheless, technical obstacles limit the effect of their current incentives.

Will Scargill, GlobalData’s Senior Analyst covering Upstream Fiscal and Regulatory Regimes, says: “China’s government provides a subsidy at a rate of US$0.03/m3 possibly increasing to US$0.06/m3 in the near future. Value-added tax rebates are also available and import duties waived on related equipment.

“Despite such efforts to encourage Chinese CBM development, the inability to reach markets through a lack of infrastructure is a major obstacle. Until this issue is overcome, restricted sale prices will impact profitability and investment, increasing the importance of additional fiscal incentives.”

Scargill continued to comment that in Indonesia, the country’s inexperienced industry and therefore high development costs mean that profitability is not assured. The country does not currently have enough service capacity or expertise for extensive CBM development. The sale price will therefore need to be higher, or more incentives provided, to offset inflated costs.

Meanwhile in Russia, a greater number of significant coal reserves, along with the improved safety and environmental impact of future mining activities, have become major drivers in the government’s desire for development.

“Overall, such incentives implemented globally have had varied success, with their effectiveness highly dependent on infrastructure status and reservoir quality. Where conditions are conducive to development and production, such as in the US and Australia, minimal incentives are sufficient. However, more extensive government support is still needed for other Eastern Hemisphere countries with CBM aspirations.”

Read the article online at: https://www.worldcoal.com/cbm/20052015/globaldata-call-greater-cbm-incentives-2305/

According to a recent report by Lucintel, the global coal industry is expected to reach US$1036 billion by 2018.

CBM Asia has promoted Keith Potter to VP Operations of the company.

Coalbed methane (CBM) may become as important for Asia and Australia as shale gas has become for North America, but this will require the CBM industry to overcome critical commercial, technical and regulatory challenges. 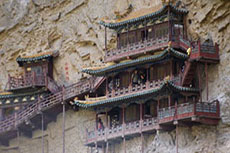 CAMAC Energy has started drilling as part of its programme to develop the CBM in its Zijinshan gas asset.