TCEP will be a 400 MW power/poly-gen project that will also produce urea for the U.S. fertiliser market and capture 90% of its carbon dioxide (CO2) – approximately 3 million tons per year – which will be used for enhanced oil recovery (EOR) in the West Texas Permian Basin.

The project is being developed by Seattle-based Summit Power Group, which requested an extension at the end of may, to provide time to realign the project and re-evaluate costs.

So far, the project has been in development for four years, and now company officials are hopeful another year will help bring the project to financial closing and eventual construction.

On 31 May, Laura Miller, project manager for Summit Power, met with Odessa city leaders to give an update on the TCEP. During the past four years, the price tag for the project has gone from an estimated US$ 2.2 billion to the current figure of US$ 3.5 billion due to increases in labour and materials costs.

Miller had previously been the Mayor of Dallas, and during her time in power acted decisively against coal – derailing energy company TXU’s plan to build 11 coal-fired power plants in Texas. However, she has embraced the new technology offered by the TCEP project.

“Traditional coal plants take a lump of coal, put a match to it and it burns up a smokestack,” Miller explains. “And you desperately try to pull off sulphur, mercury, grit off the coal emissions.”

By turning coal into gas, as this project intends to do, allows the coal to be cleaned: as Miller explained: ”By putting coal into a gaseous form, you’re much more able to pull out the bad stuff including carbon dioxide.”

During a conference call, Julio Friedmann, Deputy Assistant Secretary for Clean Coal with the Department Of Enery (DOE), explained the delays and the importance of the project to the DOE.

Friedmann updated the group of about a dozen city leaders and stressed the importance of the project and told them that the DOE needs the project to happen. But, Miller explained that he stressed that the difficulty of a project of this magnitude often includes unforeseen obstacles. But the DOE remains committed, he said.

Miller made sure the DOE participated in the meeting to give an update. “I wanted Odessa leaders to hear from Washington that this is an extremely important project not only for Odessa but for the whole country,” Miller said.

As the US Environmental Protection Agency (EPA) announced its clean energy plan, which will see reductions in CO2 of 30% through to 2030, looks likely to become a beacon of light for the coal industry. Miners worry that the EPA rules will decrease utility company’s need for coal – as they transition to lower carbon fuels – yet if commercial gasification plants like the TCEP can be developed and operated effectively, coal will remain a valuable fuel source for years to come.

Tim Profeta, director of the Nicholas Institute for Environmental Solutions at Duke University, said: ““It’s very difficult to perceive a future where we are not using fossil fuels for energy for decades into the future.”

The EPA will not force existing plants to adopt CCS. But by mandating emission reductions, the agency hopes to create a regulatory landscape where the technology is adopted as new plants are built, making CCS cost effective over time.

“It’s also difficult to foresee that we can address our problem of climate change if we do not capture the carbon from those fossil sources,” Profeta added.

US, China, and India

“We could clean up their plants. And we need to do that very quickly because China is now surpassing the US as the number one emitter of carbon dioxide,” Marston added.

In fact, China is already in this game. The country’s Export Import Bank has agreed to lend the Texas project US$ 2.5 billion dollars, marking its largest foreign investment in the technology.

Lorne Matalon, writer for Inside Energy, explained that the TCEP project took on added importance in light of Marston’s comments. “Changing the US power infrastructure is like stopping a guided-missile cruiser. It can’t be done quickly,” she said.

“That’s why supporters of the Texas project say the technology is important right now even if it implies the longterm continued use of coal,” Matalon continued. 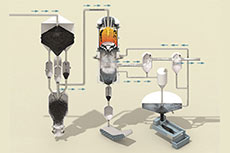 Siemens and Clariant have signed an agreement to cooperate in the commercialisation of a new sour gas shift technology for coal gasification. 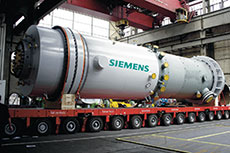 Siemens has added a new high-performance model, the SFG-850, to its range of entrained flow gasifiers.